Our School App Stay connected on the go...

This term we have been looking at different ways in which we communicate, we have been using semaphores and morse code and how they are used to communicate messages, we used them to decipher codes in class and demonstrated our ability to use them via web based games. 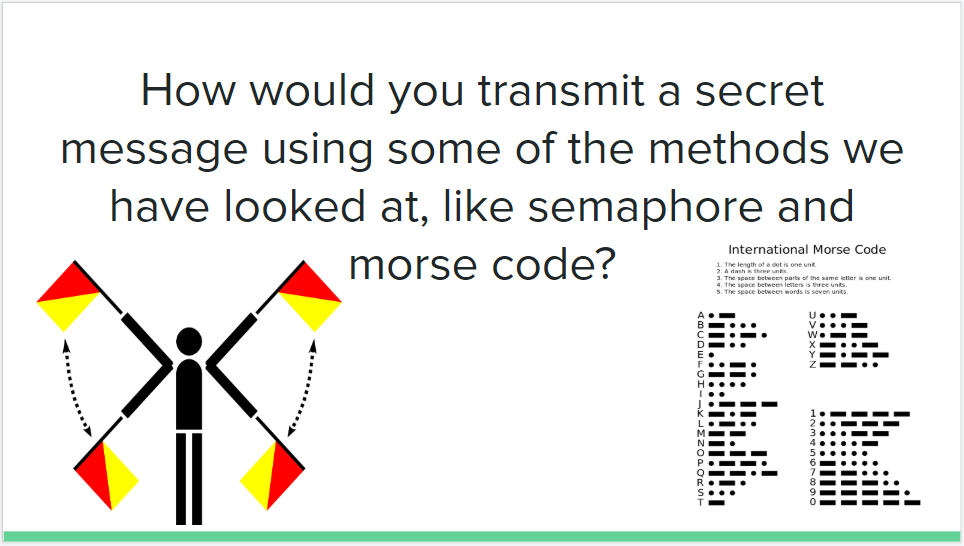 Have a go at this morse code adventure!

Looking at early forms of encryption is important to helping us understand why it was used and how it has developed over time. In class we learnt all about this very early substitution cipher and how it was used during the rule of the roman empire. Then we used a scratch program to create our very own coded messages!

Maze games are the order of buisness in year 5 this term, we will be making this type of game in order to refamiliarise ourselves with scratch and some of the more interesting functions it has to offer!

Check out this example of a maze game we have been making in class.

Here we have our final maze! It has obstacles, variables, two controllable characters and a magical amphibian!

Please play it, have a look at the code, edit, remix and generally have fun with it :)

We have been looking at many aspects of game design and some clever students found a bug (or glitch) that can be used to complete the game very fast! See if you can find it and replicate it just like a games tester would :)